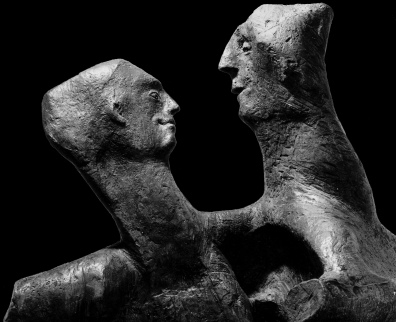 SPIRIT IN MASS – Journey into Sculpture

A 40 minute documentary available on DVD which charts her father Alan Thornhill’s unconventional journey into sculpture.

Discovering himself to be by nature an improviser yet committed to the time-honoured language and sensuous values of sculpture, he devised a way of working which embraced spontaneity and the unforeseen. This approach has inspired sculpture students and produced a body of challenging work drawn, in part unconsciously, from personal and shared concerns of the late 20th century.

Director Anna Thornhill is an artist, film-maker and project manager with 25 years experience of working in the arts as practitioner, collaborator and organiser. Spirit in Mass is Anna’s first film, made about her father. It was made after taking short courses at Oxford Film and Video Makers, Oxford Women’s Training Scheme and the Documentary Film Group, London. The film has been awarded distribution funding through Screen South and the RIFE lottery funding programme.

The film is available on DVD with a 12 page leaflet containing two supporting essays. Cost £12 including postage.

THE MAKING OF ONA’S FLOOD

An hour long documentary about a choral work composed by Harvey Brough and performed by local people in Bradford on Avon’s wonderful  tithe barn in the summer of 2013. The piece was commissioned by Bradford Barnstorm as a companion piece to Noyes Fludde by Benjamin Britten. The libretto is written by Clara Sanabras and the piece deals with the issues of climate change through the story of one girl’s journey. Anna was assisted by Charlie Blackfield in making the film which was shown in the Wiltshire Music Centre in January 2014.